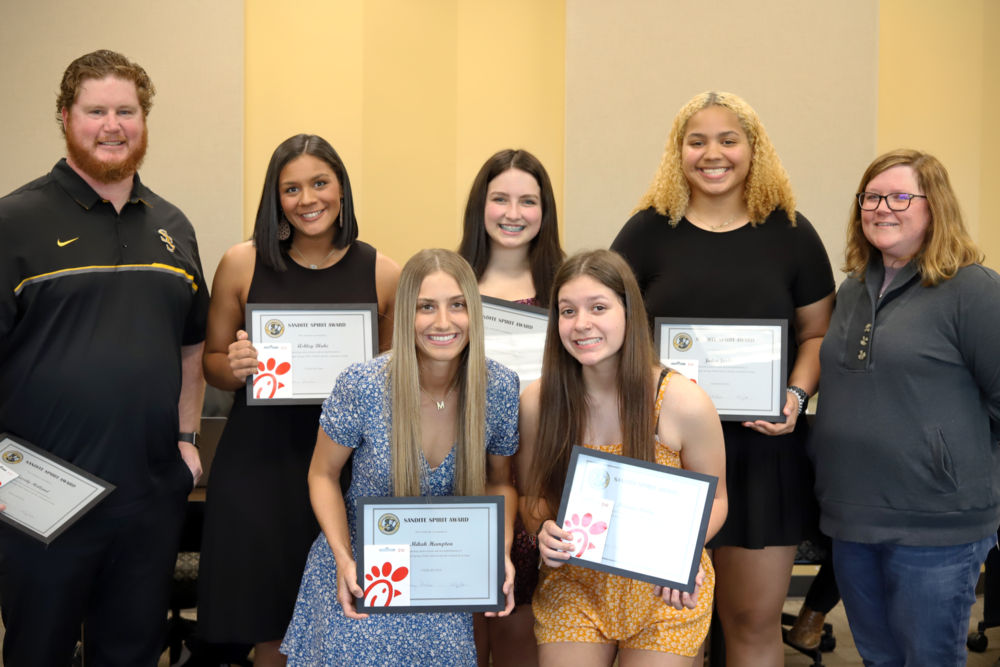 At the April Sand Springs Board of Education meeting, the board presented the Sandite Spirit Award to several Sandite athletes: the Sand Springs Girls Powerlifting team, state qualifiers for Sandite Wrestling, and the Lady Sandite Basketball Team.

Sandite Wrestling had seven state qualifiers at the OSSAA 6A State Tournament, with Mitchell Smith placing third in his weight bracket.

Lady Sandites made it to the OSSAA 6A semifinals and finished the season 23-4. While competing at state, Journey Armstead reached 1,525 career points.

Thank you to these talented, hard-working athletes for representing Sandite excellence at the state level! #FocusForward22 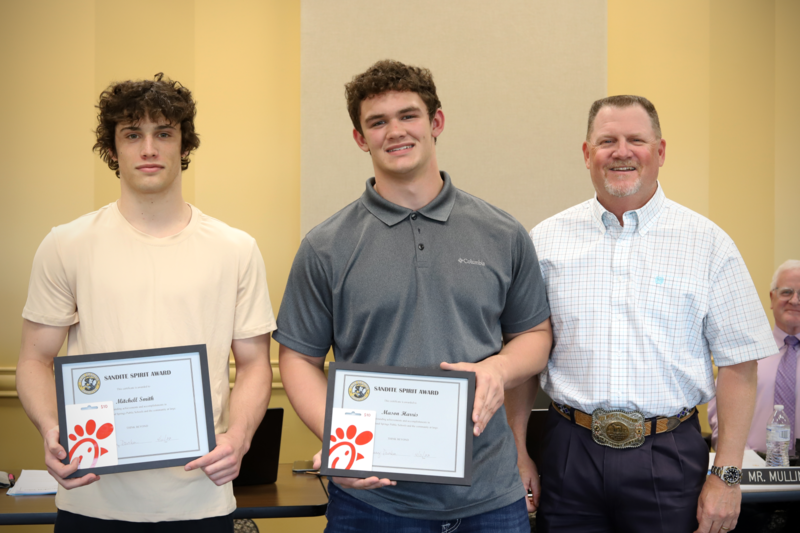 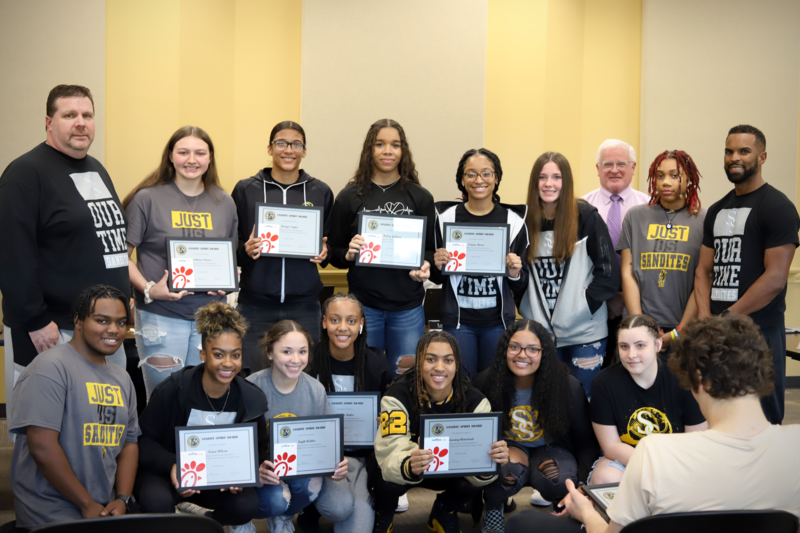