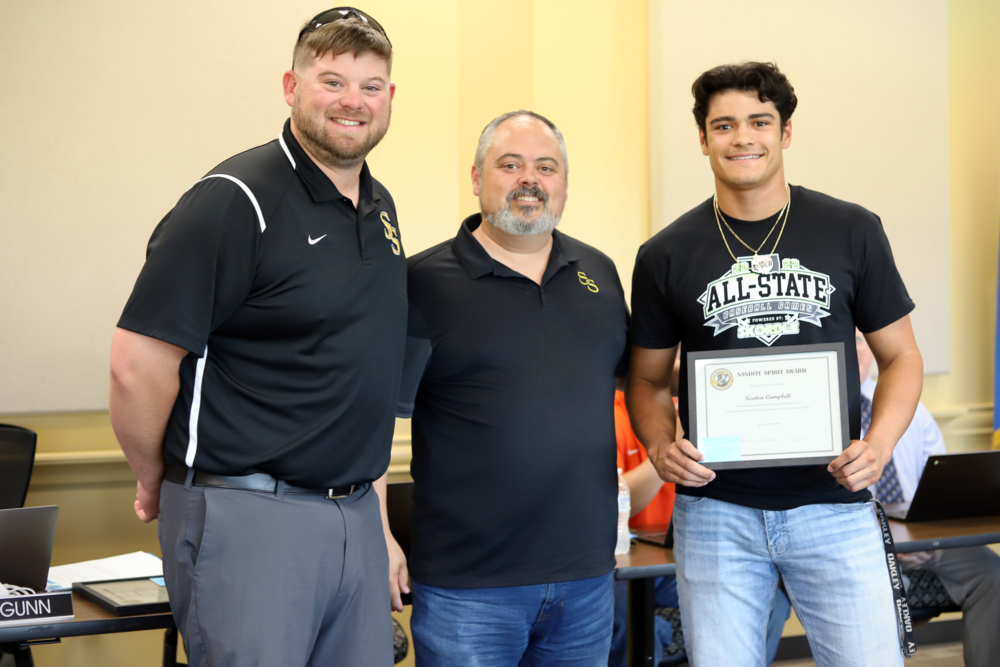 At the June Sand Springs Board of Education meeting, the board presented the Sandite Spirit Award to ten students from Charles Page High School. 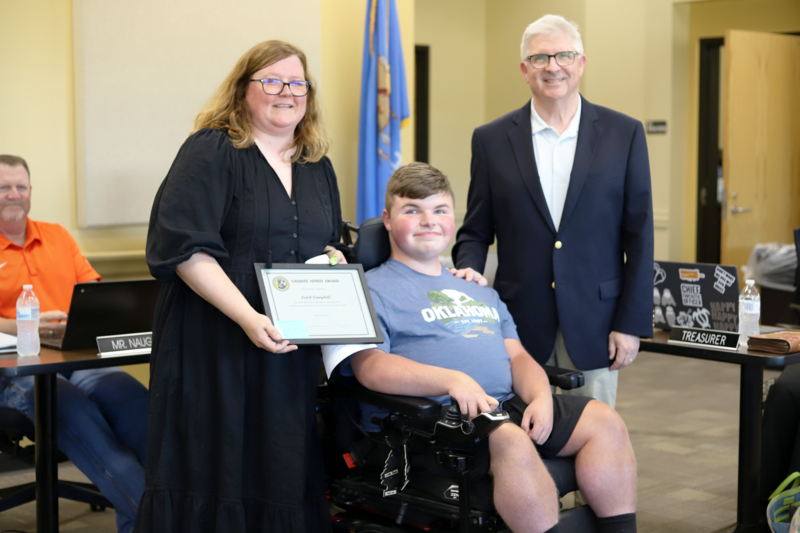 CPHS student Caleb Campbell received the Sandite Spirit Award for his outstanding contributions to CPHS Student Council. Caleb was nominated by Mr. Frank Cooper. In his nomination form, Mr. Cooper writes that “Caleb is an inspiration to everyone he encounters. He always maintains an upbeat attitude and he attacks every project with creativity and enthusiasm.” 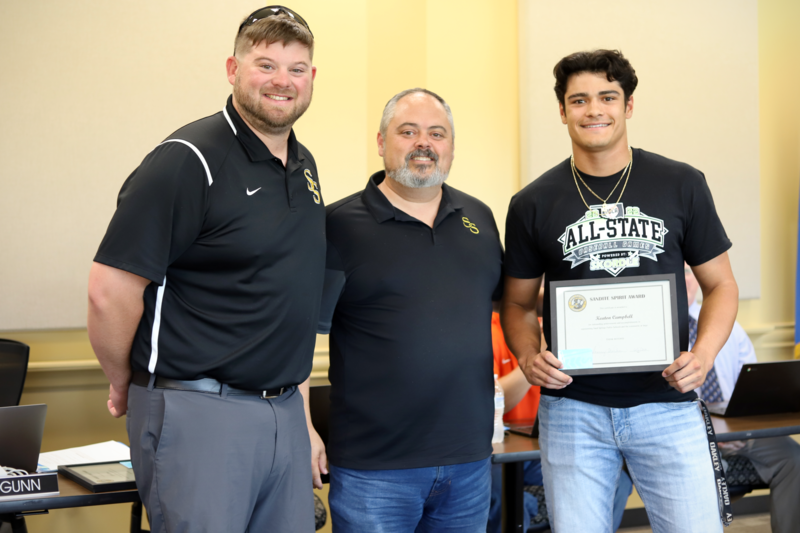 CPHS Baseball players Keaton Campbell, Ty Pennington (Not Pictured), and Gabe Glenn (Not Pictured) were among those recognized. These athletes were selected for the 6A All Star Class Team and the 6A Large East All State Team.

Board President Rusty Gunn stated that Gabe could not attend the meeting as his family is dealing with the loss of Gabe’s mother, Amanda. Mr. Gunn also noted that Ty has been by Gabe’s side for support, which is why he was not present to receive the award.

We are truly proud of these outstanding young men. All three have shown tremendous dedication to their school, the sport, and especially their teammates. Our hearts continue to be with the Glenn family. 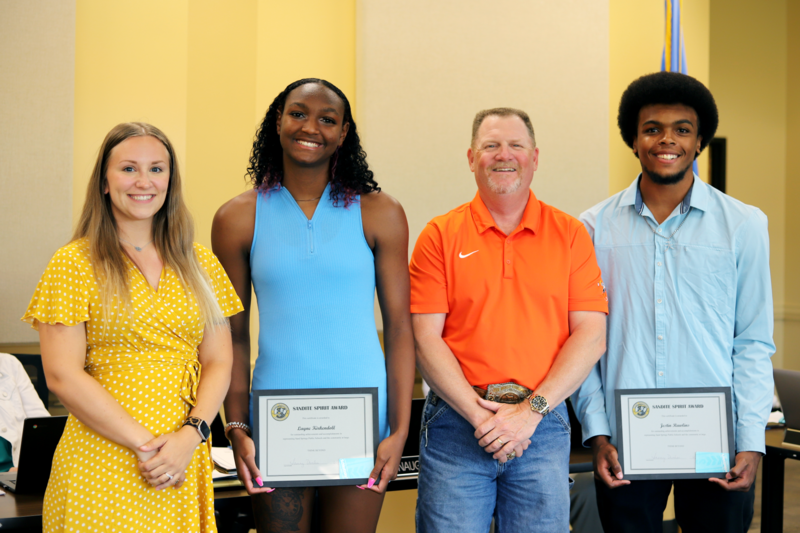 CPHS Track and Cross Country athletes Layne Kirkendoll and Jestin Rawlins received the Sandite Spirit Award for their achievements at the state level. At the 6A State track meet in May, Jestin earned fifth in the discus throw, while Layne earned fourth for long jump, and first for the high jump. 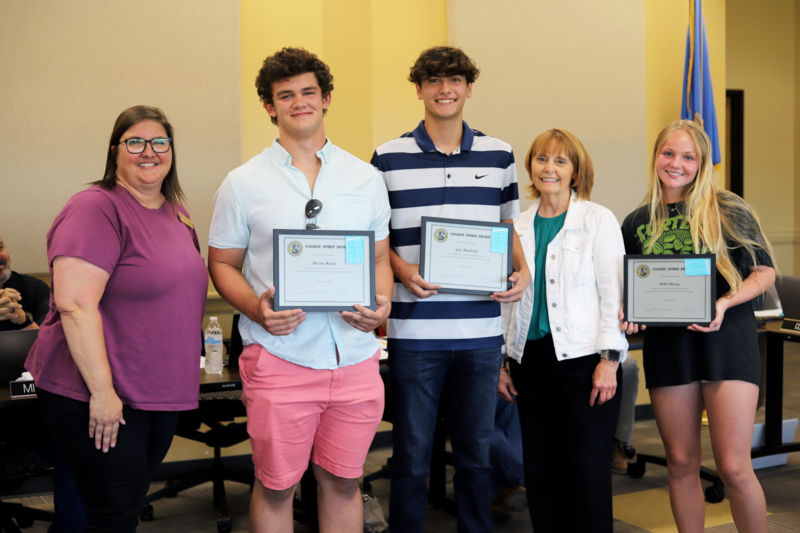 CPHS students Bella Cheney, Claire Day (Not Pictured), Mason Harris, and Joel Hendricks received the Sandite Spirit Award for volunteering to be peer partners with the students in special education who attended prom through Prom Promise.

This program helps students enrolled in Sandite Special Education have an unforgettable prom experience. These students were nominated by Director of Special Education, Mrs. Carrie Schlehuber. In her nomination form, Mrs. Schlehuber states that these peer partners were “attentive, engaging and absolute naturals at treating their peers with dignity and respect, while also just treating them like friends.”

Congratulations to these exceptional students! Thank you for demonstrating what it means to be a Sandite.